Eager to benefit from a post-pandemic demand for equipment, construction equipment manufacturers have been engaged in an arms race to buy up technology firms to make their machines more efficient, more environmentally sustainable and safer. Lucy Barnard reports.

“Acquisitions are part of our strategy for profitable growth,” Kinnander says, pointing to a total of nine acquisitions made in 2022 for companies all over the world specialising in everything from wireless connectivity in mines and collision avoidance systems to rock drill manufacturers and excavator attachments. And that comes after the Swedish giant made eight acquisitions in 2021.

Certainly, since Epiroc was spun out of Swedish engineering group Atlas Copco in June 2018 with an estimated market cap of SEK120bn (US$14bn), the company has been unashamedly acquisitive, spending an estimated SEK3.5bn-SEK4.5bn (US$333m-$428m) on acquisitions in 2022 alone. 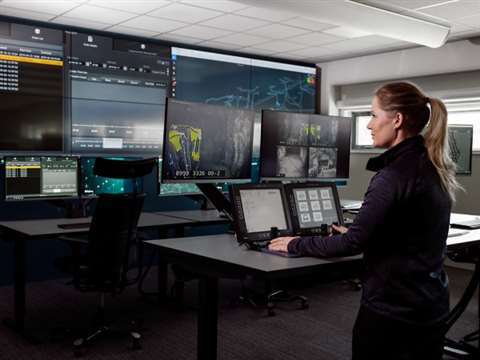 Like many construction and mining OEMs, Epiroc has been engaged in an acquisitions arms race, eager to benefit from a post-pandemic boom to buy up firms offering technology.

The goal is to make its machines more efficient, more environmentally sustainable and safer, as well as to gain market share in a market where skills shortages, inflation and supply chain issues have been causing bottlenecks.

For mining equipment manufacturers, like Epiroc, the race has become particularly intensified over the past couple of years because rising demand for commodities has prompted raw materials groups to expand their mines.

Many have started to search deeper underground for mineral deposits – and are opening up markets for technology which can enable them to mine at deeper levels more efficiently.

“We are growing organically but also through acquisitions,” Kinnander says. “They not only add to our revenues but bring us vital technologies and expertise in areas that we are focusing on, including automation, digitalisation, electrification, and the aftermarket. For us it is therefore natural to have more acquisitions than divestments.”

Epiroc’s latest purchase, announced on 13 December 2022, is CR, a 400-strong ground engaging tools provider headquartered in Australia, which produces cast lips, teeth and protective shrouds installed on mining buckets and loaders and whose digital solutions include a real-time GET loss detection system which last year produced revenues of AUS$240m ($164m).

“We focus our acquisitions on the niches that we operate in, which are hard rock mining, mining exploration, and civil engineering and construction,” Kinnander says.

“The acquired company should also be attractive from a growth and profitability point of view and have strong synergies and strategic fit with Epiroc, and they should also be able to have a leadership position within the niche.”

“New and relevant technology – for example that they provide advanced connectivity solutions or electrification infrastructure – and the competent teams that come with the acquisitions can certainly also be strong factors for why we would be interested in acquiring a specific company,” Kinnander reveals.

And Epiroc is not alone. Caterpillar, Komatsu and Sandvik are just a few of the multinationals which have been on the acquisition trail as part of this new technology arms race.

Sandvik, which also specialises in manufacturing engineering and construction equipment, purchased nine new companies in 2022 and 14 the previous year.

“Shift to growth is a central part of our strategy with focus on organic growth as well as acquisitions,” a Sandvik spokesman says. “We have a strong balance sheet and good cashflow generation that allows for further investments.”

Sandvik points out that research and development traditionally forms a major part of its investment strategy while many of its recent acquisitions have been based around getting hold of cutting-edge digital technology and expanding the company’s expertise in the solid round tools sector.

”We focus on the digital shift where Sandvik enables companies in many industries to boost productivity and become more sustainable with digital solutions, from automated mines with self driving machines to factories where tool data and machining instructions are updated from the cloud,” the spokesman adds.

“Solid round tools is a fast growing segment in which we want to expand. The demand is driven by the transition towards lighter materials and requirements on high precision tools.”

Japanese manufacturer Komatsu announced in June 2022 that it had agreed to acquire Australia-based Mine Site Technologies, a company specialising in improving mining productivity through leveraging communication devices and position tracking systems.

Then, just six months later the company was back on the acquisition trail, buying underground mining specialist GHH Group from the German owned Schmidt Kranz Group.

And Caterpillar, the world’s largest supplier of both mining and construction equipment, too has been boosting its offering with a number of key acquisitions.

These include Australia-based Minetec which supplies high-precision tracking and data communications networks and software to improve productivity and safety.

They also, in May 2022, included US-based Tangent Energy, which uses Energy as a Service (Eaas) software to monitor customers’ energy use patterns and then come up with ways of dispatching resources to maximise return and monitise results without disrupting normal business operations – something which can be especially beneficial for customers with high peak energy demands such as mining operations and data centres. 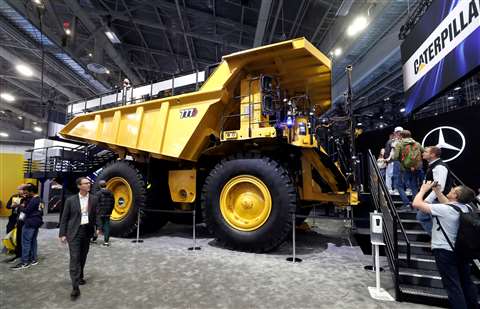 “Throwing money at a problem can both add scale and competence fast,” he says.

“What comes in addition to this in CE [the construction equipment manufacturing industry] is the fact that we have a traditional business undergoing a large transformation in many areas. This includes new business models (e.g., power by the hour), technology, autonomy and the shift from internal combustion engines to electric power.”

Deals featuring alternative fuels include CNH Industrial’s decision in April 2021 to take a minority stake in UK-based Bennamann, a company specialising in developing biogas and liquid biofuel from animal waste.

They also include Caterpillar’s 2021 investment in US-based CarbonPoint, a carbon capture specialist that provides technology to concentrate and capture CO2 which can then be either used or buried so that it is kept out of the Earth’s atmosphere.

It is not just traditional OEMs who are out to acquire construction tech specialists either. Construction tech firms themselves have also been highly acquisitive as they seek to buy up rivals and add technical know-how to their offerings while the asset class has also attracted venture capitalists and private equity investors. 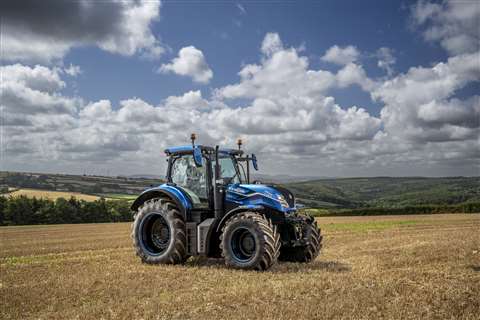 Just a few months earlier Trackunit itself announced that software investor Hg had agreed to acquire a controlling interest in the company from Goldman Sachs and GRO Capital.

“Targets with attractive capabilities are highly valued,” he says. “Consider that tech assets trade, on average, at 25 times EBITDA [Earnings Before Interest, Taxes, Depreciation, and Amortization] with high growth expectations vs. 13 times for targets in the industrial core (and acquirers’ own valuation).

“For example, Hitachi’s acquisition of digital engineering and design firm GlobalLogic at US$9.6 billion implies an EBITDA multiple of more than 37 times.

“Many companies are also taking a portfolio approach to developing these capabilities, through corporate venture capital, joint ventures, and partnerships.”

Moreover, Göransson cautions that the sheer scale of the emerging technology will limit the amount of tech specialisms OEMs can hold.

“The simple fact is that there isn’t enough bandwidth within even quite large OEMs to manage the manifold changes alone,” he says. “Certainly not with their current structure and set up both from a knowledge perspective.”

And, with rampant inflation, high interest rates and the War in Ukraine looking set to lead to a global recession in the coming months, the occupants of many company C-suites may be tempted to rein in their appetites for further acquisitions in 2023.

Yet Göransson predicts that appetite among OEMs for tech companies is so great that the rate of acquisitions is unlikely to slow down in 2023, despite a sluggish economy making business conditions increasingly difficult.

“Normally the appetite for new investments goes down during these times, however combining the extraordinary factors such as post covid, world economy under pressure alongside with the transformation in the industry, we are likely to see a further increase in M&A activities in the coming 12-24 months,” he says.

“We are constantly looking for strong and relevant companies to potentially add to the Epiroc family,” says Kinnander. “We are in a strong financial position, and we think and act long-term, so our strategy in this area is not really affected by a looming recession.”