The 4 Ds of robotisation in construction

Industry 4.0, IIoT, AI and machine learning are all terms now synonymous with industrial automation. Likewise, commentators have given much thought in recent years to the ‘4 Ds of robotisation: dull, dirty, dangerous and dear’. In fact, ‘difficult’ and ‘demeaning’ have also been thrown into the mix.

But what about ‘dynamic’? A term that focuses more upon a robot’s ability to perform better than us mere humans, rather than simply picking up the more mundane, or risky, tasks.

Here, Sam Wood, industrial automation product manager for UK-based Navtech Radar, argues that industrial automation isn’t just about robots picking up the tasks that don’t require human reason or decision-making. So dynamic are the technological advancements in construction that radar technology can be deployed to help manage ever more demanding tasks, in turn improving efficiencies, reducing downtime, and reducing the risk of injury.

It’s taken for granted nowadays that our lives, both in the workplace and at home, have been improved immeasurably through automation. GPS can guide us from Land’s End to John O’Groats without a glitch. A car on the assembly line can be completed to a customer’s precise specification by keying in the design requirements before a single rivet has been punched. And we’ve all been told that our smartphones today have more processing power than was available to the entire NASA team when Neil Armstrong was sent to the moon.

In extreme working environments, however, where heavy plant and machinery meet dust, dirt, obfuscation and harsh weather conditions, industrial automation is cutting through the robot rhetoric and delivering extraordinary results.

First off, the term ‘construction’ can cover pretty much anything from a house extension, a new housing development or the razing to the ground of an old building in a confined space to replace it with, say, London’s The Shard. Similarly, construction encapsulates civil engineering behemoths such as the Channel Tunnel and more latterly, here in the UK, the HS2 project. For the purposes of putting robotics and automation into context, let’s assume we aren’t talking about extensions and small developments here.

What are the challenges of robotisation?

Let’s start with those four Ds. Construction environments are invariably dirty, and by their nature, can be dangerous too. According to figures released by the Health and Safety Executive (HSE)1 in November 2022, of the 123 work-related fatalities to occur between April 2021 and March 2022, 30 were in construction – the highest of any sector. While this is a drop from the 39 fatalities the previous year, one death is still one death too many. In addition, it’s reported that construction had a non-fatal injury rate of 2880 per 100,000 workers, which compares to the all-industry rate of 1650 per 100,000.

Replacing human operators with machine-automated processes and equipment in large construction and civil engineering isn’t as simple as it may be in other industries that rely less upon skilled labour and indeed, within a working environment that shifts at a slower pace. For instance, a construction site will differ enormously from the next (The Shard was built as a ‘vertical city’ within a confined space of approximately 27 acres to replace the demolished Southwark Towers, while the HS2 project sweeps across 140 miles of English countryside).

Open cast mining sites, where the deployment of industrial radar is more established and commonplace, will share similar topology and geography with other mines; they may also have an expected lifespan of up to 70 years – allowing for automation to be embedded in repetitive tasks more easily, day in, day out. In construction, radar has much to offer, albeit its integration needs to be planned in a slightly different way to account for more dynamically changing environments. 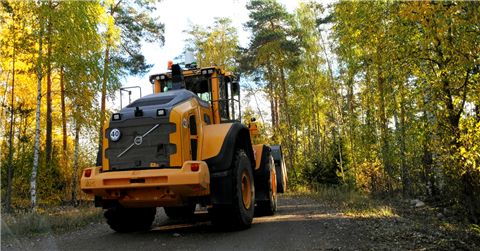 It’s quite evident, then, that reducing human interaction within such environments will more likely be a more tailored exercise, but the development and introduction of autonomous vehicles in construction, such as unmanned cranes, diggers, and bulldozers, can help to overcome some of the risks associated with construction, as highlighted by the HSE reports. Moreover, it can tackle some of the widespread apprehension around factors such as an ageing workforce, labour shortages, and concerns around a lack of efficiency, productivity, and innovation; all of which are exacerbated by narrowed profit margins.

The government announced in July 2017 that it was investing £25 million towards research and development of off-road connected autonomous vehicle technology for the construction, mining and farming sectors demonstrating that autonomation in construction is here for the long-term, and with the aim of being more efficient and dynamic, not just to do the classic ‘4Ds’ tasks.

Where are the technological glitches?

At present, autonomous vehicles in construction tend to operate via LiDAR sensors detecting obstacles within the given environment, inertial measurement units (IMUs), and global positioning system (GPS) technology. While this does allow a vehicle to know its precise position, and geo-fencing technology will stop any vehicles from moving beyond the boundaries of the construction site, for this complex network of information and vehicle systems to operate effectively, it is vital that the sensors deployed are capable of operating at the highest levels of situational awareness, so that every possible hazard is identified at the earliest opportunity.

How, therefore, is it possible to be at our most dynamic when sensors can’t see optimally when constricted by high walls - or neighbouring city-centre skyscrapers - nor at night-time or in extremely dusty environments? That’s where radar comes into its own.

Radar provides reliable performance even in the most adverse conditions, including rain, fog, dust, and dirt - even when other sensors fail. Moreover, high-resolution, 360°, long-range radar builds a data-rich picture of its surroundings, working far beyond the limits of a person’s line of sight. Radar sees what humans can’t, adding that vital extra layer of safety to challenging environments.

Navtech Radar’s sensors are fully compatible with the open-source Robotic Operating System (ROS), quick to integrate, and give full access to the radar’s raw data. Radar works through extreme sunlight as well as through ‘blind spots’ where GPS can’t, meaning that assets can be tracked in literally all conceivable conditions. Crucially moreover, radar-based solutions can be seamlessly integrated with LiDAR and GPS to deliver multi-sensor fusion applications at construction sites.

No construction site should have a single point of failure, and the reliance upon implementing just one sensor-based technology for autonomous operation is a huge risk, with the potential for costly downtime, or impacts on personnel safety, as a result.

One of the greatest threats right now to GPS is ‘jamming’, or ‘spoofing’, where a frequency-transmitting device can be used to block or interfere with radio communications. Equally, GPS denied environments, such as remote country locations that the HS2 project may need to carve through need redundancy, should there be no line-of-sight; this is quite often an issue in construction environments because of natural geometry or infrastructure.

To compound this, there is the ever-looming threat of solar excitation events, which can seriously degrade the performance and accuracy of any Global Navigation Satellite System (GNSS). This problem is well-known to space scientists, with the effects being seen more often by satellite operators than those of a more terrestrial nature. While satellite technology takes account of the harsh operating environment of space, major events inevitably have an effect. GNSS outages are expected, for example, between 2024 and 2026 – with a peak anticipated in 2025 - when NASA3, amongst others, have predicted the impacts this will have on technology on earth, and in space.

Navtech’s radar localisation solution is achieving just that. It combines radar technology with mapping and localisation software to deliver never-seen-before pinpoint, centimetre-level localisation, even in the harshest conditions and environments. This can also be augmented through multi-experience mapping, combining the radar solution with world-leading autonomous vehicle software to collect the data needed to map any environment in incredible detail.

Industrial automation in construction and civil engineering has come a long way, in that it is continually improving processes and production. Yes, the dull, dirty, dangerous, and dear tasks are increasingly being performed autonomously, but progress isn’t just about completing these tasks – progress is about being dynamic. Progress is about realising vision, such as that which Irvine Sellar had when he conceived the idea of The Shard.

Being more dynamic will mean using industrial automation to take us to the next level, to do what humans can’t, and to perform tasks that make construction more productive, more cost-effective, and of course more positive in their impact upon both the bottom line as well as the wellbeing and safety of operators. 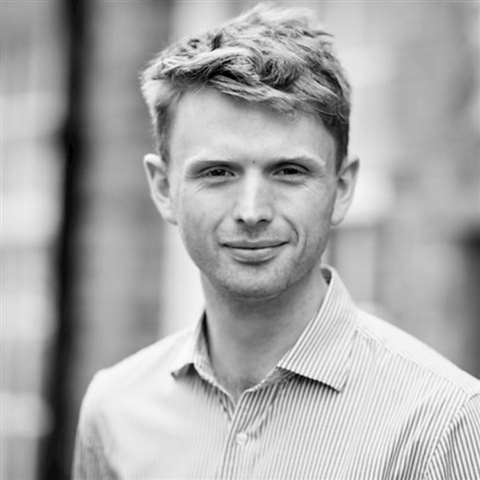 Sam Wood, Industrial Automation Product Manager at Navtech Radar has an MSc in Aerospace, Aeronautical and Astronautical Engineering from Imperial College London. Wood is a business-minded innovator with an engineering background and is playing a pivotal role in the design and implementation of Navtech’s new radar sensors and solutions. 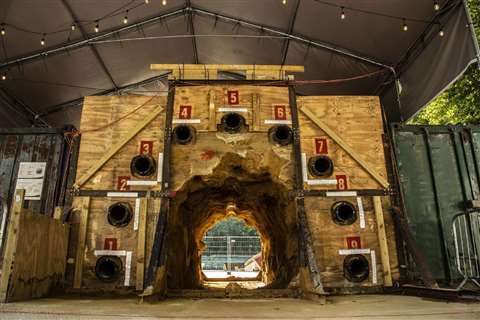 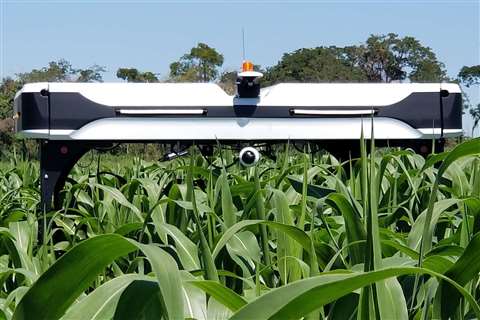 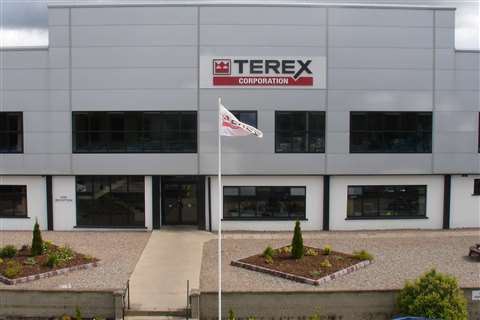