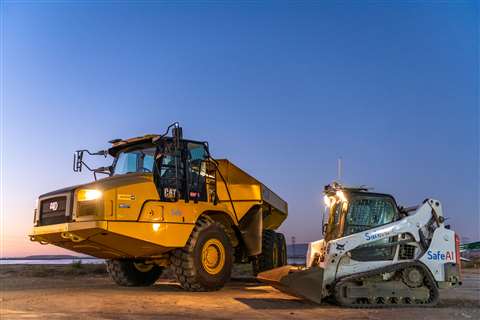 The founder and CEO of SafeAI, Bibhrajit Halder, has told International Construction magazine that he believes autonomous heavy equipment has the potential to fundamentally reshape how construction operates.

The company, which retrofits existing construction and mining equipment with the SafeAI Autonomous Kit, says that rising demand for autonomous technology in heavy industry has been seen across the world.

Talking about the rate of adoption, Halder says, “For a while, many saw autonomy as an experiment. Unsure of its benefits, and facing a largely prohibitive initial price point, it’s easy to see why some companies were hesitant at first.

“Now, though, I believe that initial phase of hesitation is over and we’re on the brink of mass adoption in the construction industry. The technology has been proven effective and impactful off-road; there are, for example, hundreds of autonomous mining vehicles increasing safety and productivity worldwide.”

He adds that, “Autonomous heavy equipment has the potential to fundamentally reshape how industries like construction operate.”