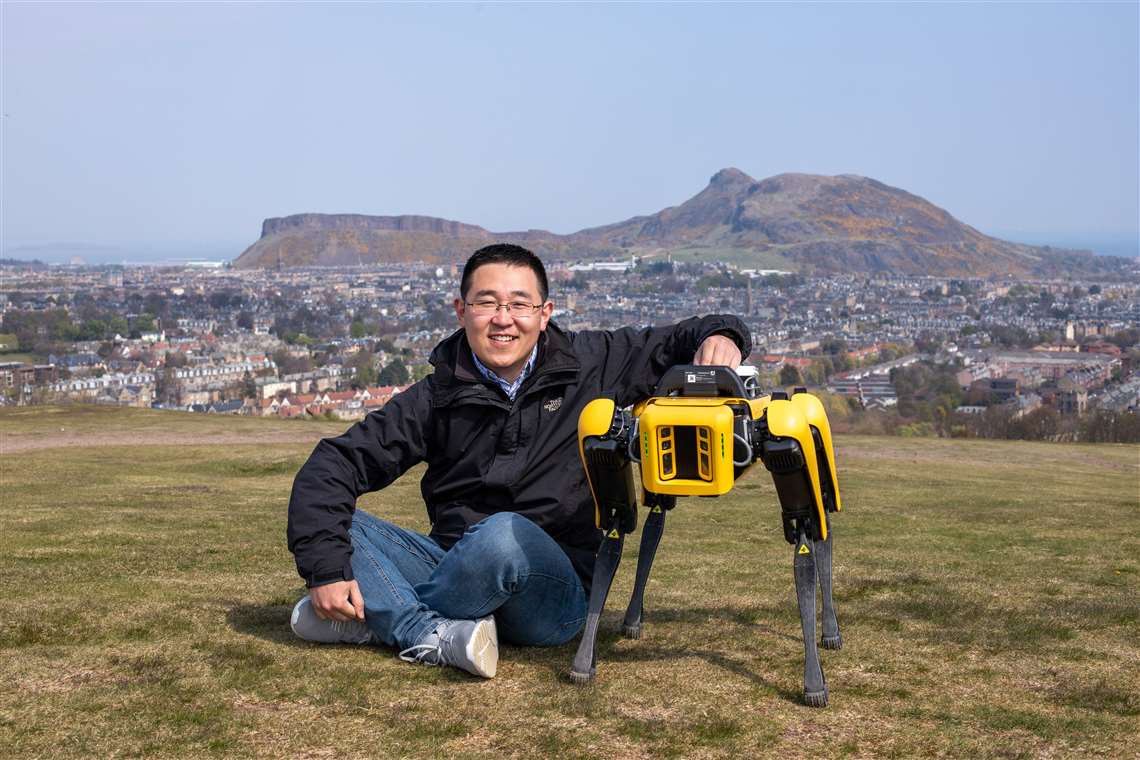 Dr Sen Wang, associate professor at Heriot-Watt University and robotics and autonomous systems lead at the National Robotarium, with the new robot

The National Robotarium in Scotland has announced that it is to use the Spot robotic ‘dog’ created by US-based company Boston Dynamics in its research into hazardous environments.

The specialist robotics and artificial intelligence research facility, which is based at Heriot-Watt University in Edinburgh, recently took delivery of the new robot at a cost of around £60,000 (€69,000).

Believed to be the first in Scotland, Spot the ‘dog’ will be fitted with the facility’s own telexistence technology and used in experiments that could help save lives and cut CO2 emissions.

The National Robotarium’s telexistence technology uses microphones and cameras to allow people to experience an environment without being there.

Professor Yvan Petillot, professor of robotics and autonomous systems at Heriot-Watt University and co-academic lead of the National Robotarium, said, “We can test how the robot can help and support people working in hazardous environments, including oil and gas platforms and oil refineries.”

The National Robotarium will begin its research by experimenting with construction industry applications.

Dr Sen Wang, an associate professor at Heriot-Watt University and robotics and autonomous systems lead at the National Robotarium, said, “We are going to fit lidar to our robot, which is similar to radar but uses light instead of radio waves.

“That will allow the robot to build up a picture of its surroundings while spotting obstacles like rubble on construction sites.

“Our Spot, however, is unique. We have set it up to be a moving data collector and data centre, equipped with advanced telepresence solutions. When we deploy it on construction sites, it will collect and measure in real time, relaying the data to multiple experts at once, all around the world.

“This means construction companies, regardless of their location, can benefit from worldwide expertise. Using Spot in this way has the potential to speed up the construction process, reduce costs of re-work, detect hazards, increase efficiency and improve quality control.”

The use of Boston Dynamic’s Spot hardware, which can be used for surveying construction sites and monitoring progress, is already being further explored by a number of construction industry companies, including Hilti and HoloBuilder.

In October of last year Boston Dynamics also announced that it had partnered with software company Trimble in order to integrate construction data collection and Global Navigation Satellite System (GNSS) technologies with the robot.

The new research conducted by the National Robotarium will also experiment with using Spot in other sectors. 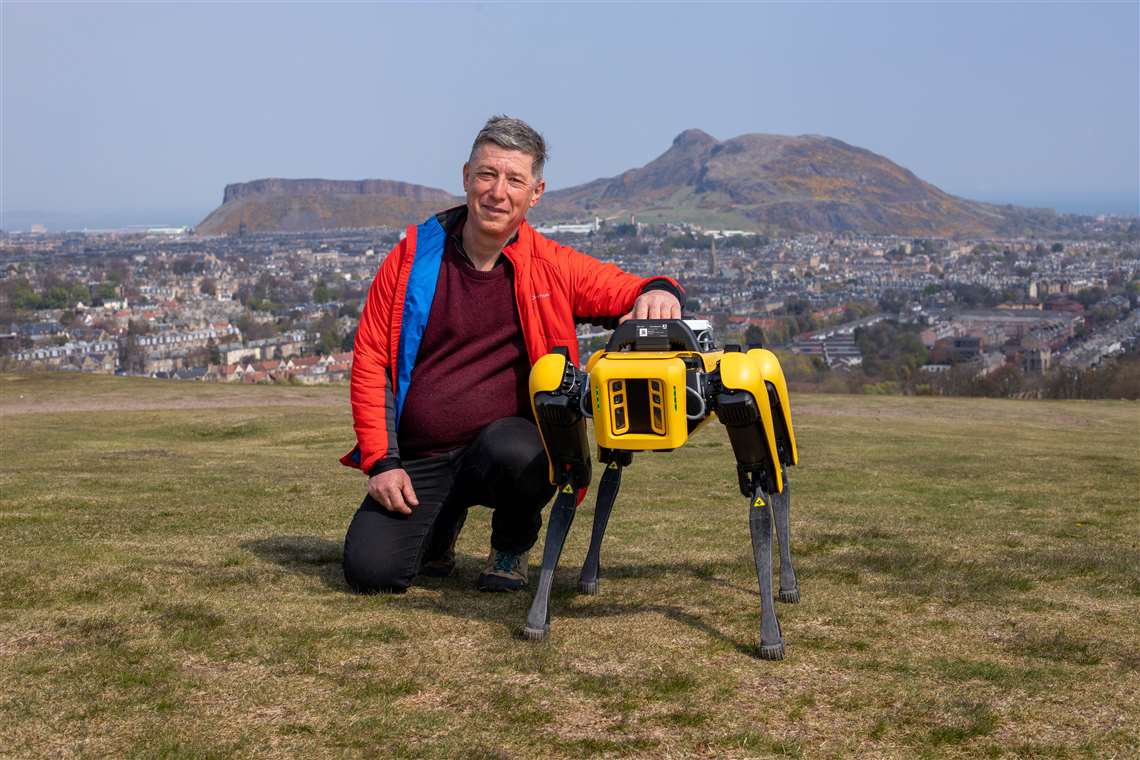 Prof Yvan Petillot, professor of robotics and autonomous systems at Heriot-Watt University and co-academic lead of the National Robotarium, with Spot

Petillot said, “In search and rescue operations or following accidents, Spot robots fitted with our sensors could monitor a casualty’s vital signs and transmit images and sounds back to a hospital, allowing doctors to offer advice on treatment or decide when it’s safe to move a patient.

“Robots of this design can climb over rubble, walk up and down stairs, and cope with hazards like dust and rain. These features will prove very useful as we develop more ways to ensure robots can help keep people safe and save companies money.”

Formed in partnership with the University of Edinburgh and funded by the Edinburgh & South East Scotland City Region Deal, the National Robotarium has launched a competition that will give school children in the region a chance name the robot.

The research organisation, which is due to open its new main campus next year, said the winning school would receive a special visit from Spot the ‘dog’.